For the attackers, to score as many points as possible by lining up the team’s 4 players.

Why use Human Connect Four?

This version of the famous board game Connect Four allows players to work on their thought process as a team. It requires players to communicate with each other. This game is cooperative.

The circles are arranged in 4 lines of 5 circles to create the game board. They are placed around 2 metres apart.
This traditional sports game is divided into 2 halves of 3 minutes each. In the first half, one team attacks and the other team defends, then the roles are reversed in the second half.
Before the game, the teams arrange themselves around the game board. When the game starts, the attackers attempt to form a line by each positioning themselves within a circle. The defenders occupy the circles to prevent the attackers from forming a line.
Each time the attackers manage to form a line, they score a point. The game continues and they must find another way to form a line. Once the first half is over, the roles are reversed. 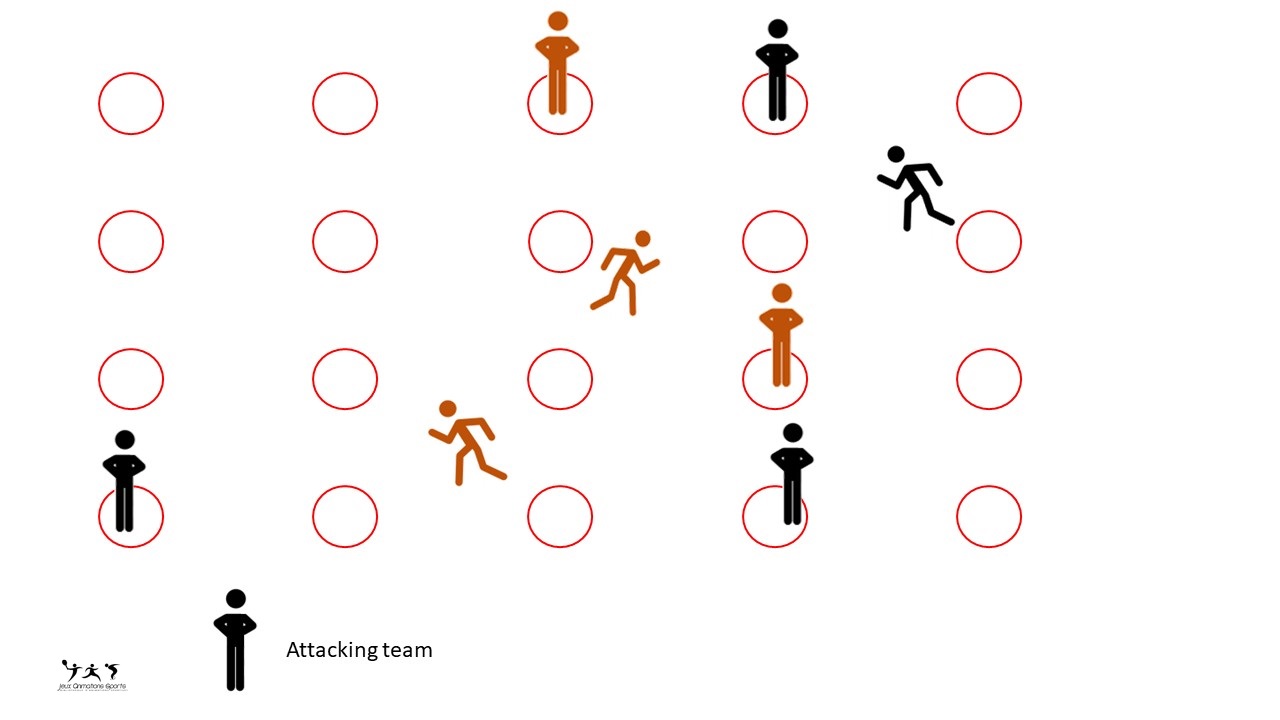 This traditional game can be adapted for team sports in order to work on ball handling while playing the game.